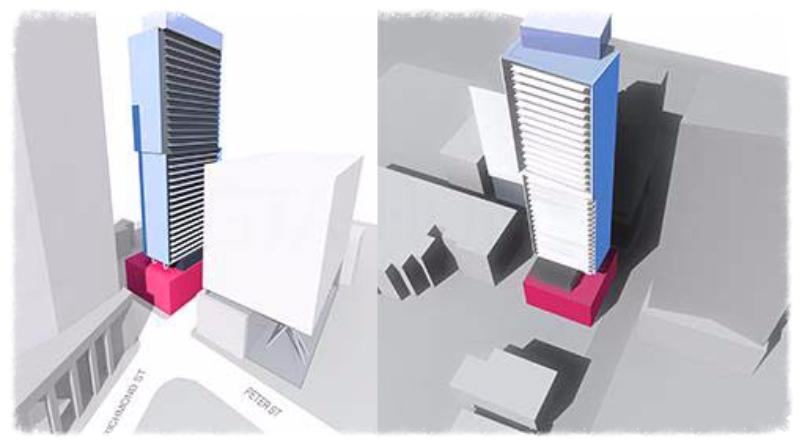 Please Register Below To Receive Brochure, Price List & Floor Plans. By registering below, you consent to your name being added to a mailing list for promotional materials such as receiving GTA-HOMES.COM’s newsletter containing information, updates, promotions and Platinum Access Events on all upcoming projects. We do not share your personal information with third parties. You can withdraw your consent at anytime.

Peter & Richmond Condos is a high-rise condominium development coming soon to the Entertainment District of downtown Toronto, Ontario by Fortress Real Developments, Carlyle Communities and Berkley Homes.  It is a proposed 36 storey tower with 250 residential suites designed by architectsAlliance ranging in size from 400 square feet to 1,200 square feet.

The Peter & Richmond Condominiums is located by Peter Street & Richmond Street which is in the Entertainment District of Toronto. This area is home to world class theatres such as the Princess of Wales Theatre, the Royal Alexandra Theatre, the Roy Thompson Hall and and performing arts centres such as the Four Seasons Centre for the Performing Arts.  It is also home to the Canadian Opera Company productions, the Toronto Symphony and the National Ballet of Canada.  There are also many cultural and family attractions such as Nathan Phillips Square, the Ripley's Aquarium of Canada, the CN Tower, Canada's Walk of Fame, the David Pecaut Square and the TIFF Bell Lightbox which is the headquarters for the Toronto International Film Festival. Toronto's four major-league sports teams can also be found here with the the Rogers Centre and the Air Canada Centre situated not too far away.  There are also many world leading hotels located here such as the Fairmont Royal York, the Ritz-Carlton, the Shangri-La Hotel and the Hyatt Regency.

Peter & Richmond Condos is situated in a neighbourhood with a walk score of 100.  There's so many different restaurants, bars, shops and nightclubs to choose from.  The Toronto Eaton Centre is nearby as well as OCAD University, Ryerson University and the University of Toronto. There's a "vibrant business community located in elegantly designed office towers as well as transformed and preserved historic manufacturing warehouses, office lofts and artists’ studios".

Live, work and play at the Peter & Richmond Condominiums.

Register with us today for your VIP Platinum Access to the Peter & Richmond Condos by Fortress Real Developments, Carlyle Communities and Berkley Homes! 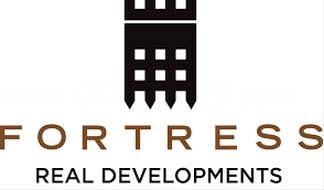